ONE MORE EU'S CRACKDOWN ON OFFSHORES 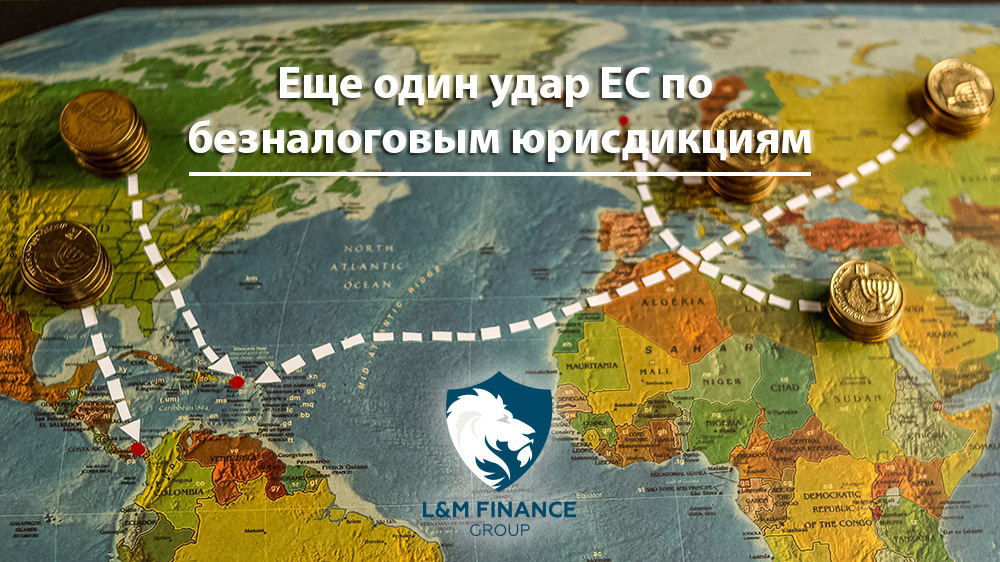 Based on the website of the European Commission, on 12 March 2019, the EU’s so-called “Black list of offshores”, or the List of non-cooperative jurisdictions (the List) was supplemented by 10 more countries, namely: Barbados, United Arab Emirates, Marshall Islands, Aruba, Belize, Bermuda, Fiji, Oman, Vanuatu and Dominic. Such trends had been announced earlier by the EU Minister of Finance, Pierre Moscovici, however, the information has appeared at the official level only recently.
Quick Bit of History
The List is a mean for Member States to overcome the external risks of abuse of unfair tax competition. It was first mentioned in the External Strategy for Effective Taxation for 2016 of the European Commission, which reflected that one EU list would be developed, which would overweight a mixture of national lists and would have a restraining effect on problematic third countries. Member States supported this idea and agreed the List in December 2017. This List is the result of a thorough review of 92 jurisdictions using the following internationally recognized criteria:
Consequences
According to the European Commission, new measures have been developed and proposed at the EU level that will ensure the real impact of the List.
Firstly, funds from certain EU financial institutions (e.g. the European Fund for Sustainable Development) must not be channelled through organizations in the countries listed.
Secondly, in accordance with the new EU requirements, tax schemes passing through the country in the list will be automatically notified to tax authorities. State reporting requirements will also include more stringent reporting requirements for companies operating in these jurisdictions.
In addition to the provisions on EU level, the EU member states have agreed to establish sanctions at the national level in respect of the listed jurisdictions. These include such measures as strengthening monitoring and inspections, withholding taxes, special documentation requirements and provisions prohibiting abuse.
Based on the attitudes, the list and measures could might even be tightened in the future.
© All rights reserved. L&M Finance Group
The content of this website is provided for general information purposes only and is not a legal or other professional advice or conclusion. Users of this website are advised to apply for legal advice by contacting L&M Finance Group LLC for any specific legal issues. L&M Finance Group LLC does not guarantee the quality, accuracy and completeness of any information on this website. Access to this website or the use of this website does not create a relationship between a lawyer and a client. Although the use of your website may facilitate the access or communication with L&M Finance Group LLC by email or otherwise through the website.
Private Policy
Linkedin
01001, Kyiv, Sportyvna sq., 1А, Gulliver (BC)
office@lmfgr.com
+38 (068) 108-48-81