November changes in legislation for the period of martial law 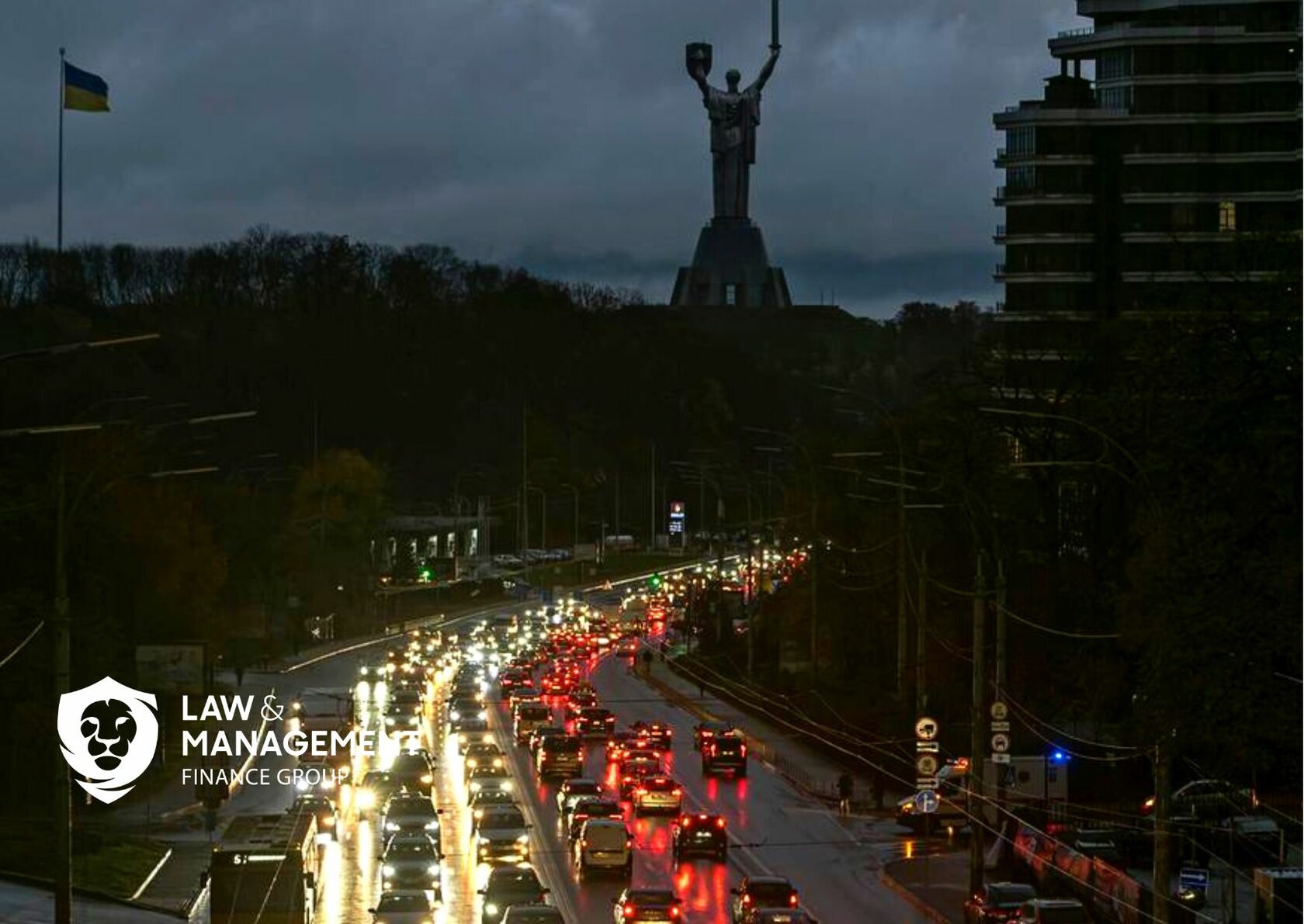 On November 1, Order No. 360 of the Ministry of Finance approved the procedure for inspections of the controlling person.
It is envisaged that this procedure was developed for use by officials of controlling bodies during documentary checks of controlling persons, who are natural or legal persons - residents of Ukraine, who are direct or indirect owners (controllers) of a controlled foreign company (CFC). The subject of the verification of the controlling person is the timeliness, reliability, completeness of the calculation and payment of income tax or personal income tax, military levy, as well as compliance with the legislation, the control of compliance of which is entrusted to the controlling bodies, and which is carried out on the basis of tax declarations (calculations), reports and notifications on controlled foreign companies, other forms of reporting, documents and information specified, in particular, in paragraphs 75.1.2 PKU.
The duration of such an inspection should not exceed 6 months.

November 3 Diya app has launched a program through which it will be possible to check notarial documents that contain a QR code. This method not only speeds up the process of checking a notarial document, but also provides reliable protection against forgeries, due to the fact that electronic copies of documents are stored in the e-notary system.
At the moment, with such a code, notaries can form documents such as a power of attorney, a vehicle rental agreement and a statement certifying the authenticity of the signature. ( QR code can be applied both on a notary form and on white paper).
How to check a document with a QR code through Diya?
·      The authorized person comes to the institution with a paper notarized power of attorney with a QR code. For example, to the bank to open an account for you.
·      A bank employee reads a QR code with a scanner in Diya.
·      A request for receiving an electronic copy of such a document will automatically open on the employee's screen. All he needs to do is click the Send button.
·      Both you and your proxy receive the request at the same time. One of you must confirm it in Action.
·      After that, the bank employee receives a notification confirming the request. Downloads an electronic copy of the document, checks it and can open an account for you.

Changes to the regulations on registration of vehicles and obtaining licenses have entered into force, which will come into force on December 14, 2022.
The law defines the following :
1.    the possibility of issuing electronic documents for driver's licenses and vehicle registration certificates online to replace the old option for issuing such documents through service centers of the Ministry of Internal Affairs ;
2.    December 14, in the case of registration online, filling in forms before the registration procedure is not necessary ;
3.    documents that are received online and that appear in the Diya application or the Driver's Electronic Cabinet completely replace physical documents ;
4.    digitization of documents simplifies registration and processing of documents.

On November 16, the President of Ukraine signed Law 2736-IX on the prevention and countermeasures against the legalization (laundering) of criminal proceeds, the financing of terrorism and the financing of the proliferation of weapons of mass destruction, on the protection of the financial system of Ukraine from the actions of a state that carries out armed aggression against Ukraine, and adaptation of legislation to individual FATF standards and the requirements of EU Directive 2018/843.
As stated in the explanatory note to the draft law, the following is envisaged :
-       expand the list of high-risk clients who are residents of the Russian Federation and/or whose activities are related to it;
-       to include oligarchs in the list of clients to whom the subjects of primary financial monitoring (SPFM) are obliged to establish a high risk of business relations;
-       to exclude persons ( subject to sanctions ) from the list of clients, with respect to whom there is a high level of risk;
-       to expand the features of a threshold financial transaction in which one of the participants in the transaction is a person of the Russian Federation ;
-       to expand the list of specially defined SPFM by persons who carry out trade activities in cultural values, dealers in works of art and intermediaries in such activities and business entities that provide intermediary and/or consulting services regarding the leasing of real estate, and to establish that state regulation and supervision of such persons in the field of prevention and countermeasures is carried out by the Ministry of Finance;
-       eliminate the limiting factor of applying financial sanctions to the SPFM;
-       to expand the signs of an impeccable business reputation with the absence of a criminal record for criminal offenses against the foundations of national security of Ukraine, against peace, security of humanity and the international legal order;
-       non-admission to the leadership and management of the SPFM of persons who have the citizenship of the Russian Federation ;
-       release SPFM from responsibility for violation of requirements in the field of prevention and countermeasures in case of finding such SPFM in the territory of hostilities and/or temporarily occupied territories;
-       establishment of the obligation for subjects of primary financial monitoring to report to the State Financial Monitoring on threshold transactions with subjects related to the Russian Federation ;
-       shortening the term of politically significant persons (Politically Exposed Persons) from life to three years after the position.

On November 16, the President of Ukraine signed the Law No. 2698 - IX on the restoration of the system of registration of lease rights for rural land plots designated before the introduction of military rule and improvement of land protection legislation.
According to the explanatory note, the law proposes the following :
·      to resume conducting land auctions for the transfer into use of agricultural plots of state and communal property;
·      to restore the registration of lease rights to agricultural land plots in the State Register of Real Property Rights, which was stopped due to the war;
·      to establish the right to place biomethane production facilities as part of agricultural complexes on agricultural land plots without changing the intended purpose;
·      cancel the need to compensate agricultural losses in the event of a change in the purpose of agricultural land plots;
·      regulate the issue of entering the State Land Cadastre with information on the qualitative characteristics of land, measures for the protection of land and soil, restrictions on the use of land;
·      establish that citizens and legal entities who have received the right to permanent use of land plots of state and communal property, but in accordance with the Land Code of Ukraine cannot be the subjects of such a right, can buy such land plots with installments of payment or lease them with specified terms of such agreements;
·      to allow, under martial law, the free privatization of land plots on which privately owned buildings and structures are located, as well as land plots that were transferred to citizens for use before the Land Code of Ukraine enters into force;
·      to enshrine at the legal level the right of JSC "Ukrzaliznytsia" to carry out construction on land plots that are in its permanent use, not only with its own funds, but also with borrowed funds;
·      to make changes to the laws of Ukraine "On topographical, geodetic and cartographic activities", "On regulation of urban planning activities" regarding the creation and functioning of the cartographic and geodetic fund of Ukraine.