June changes in legislation for the period of martial law 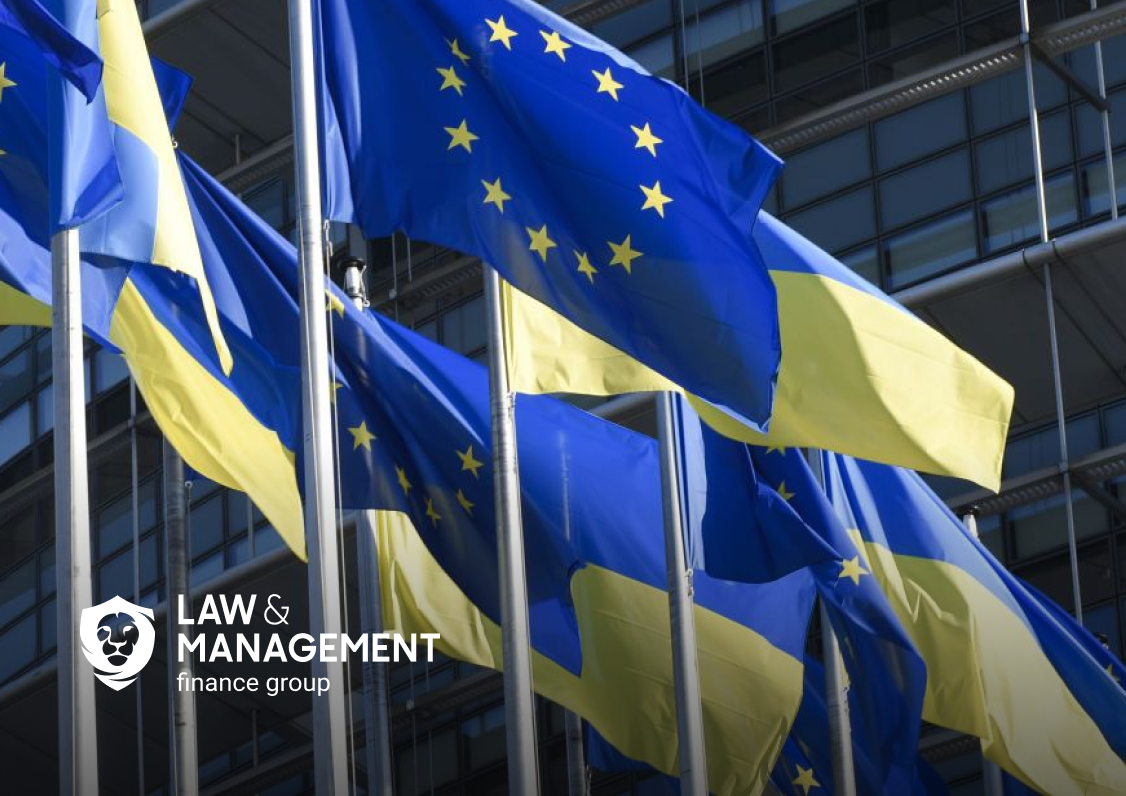 On June 9, Law No. 2254-IX on reform of urban planning came into force.
This law is aimed at regulating processes in the field of urban planning activities, providing conditions for the construction of houses for citizens who have lost their own housing, as well as the implementation of projects for the comprehensive restoration of settlements and the transfer of production capacities of enterprises for the period of martial law.
In connection with the many destroyed buildings, complexes, structures and residential buildings, the adopted law introduced a special urban planning program for the restoration of regions and territories of territorial communities , with the help of which the following actions will be carried out to restore the destroyed settlements:
·       determination of the procedure for placement of temporary structures, simplification of procedures and mechanisms for the capital construction of facilities intended for temporary residence and service for citizens who have lost their homes;
·       regulation of procedures related to the placement of production facilities of displaced (evacuated) enterprises.

On June 9, Law No. 2247-IX on the peculiarities of regulating land relations under martial law came into force.
The law provides for the simplification of the lease of land plots of state and communal property, in particular, to accommodate the production facilities of enterprises displaced (evacuated) from the war zone, critical infrastructure facilities and the placement of facilities for the temporary stay of internally displaced persons. Such enterprises will be determined by a joint decision of two RMAs (regional military administration) - from the place of deployment, from where production facilities are moved (evacuated) and the relocation places where they move. Moreover, such transfer of plots will take place without holding land auctions with limited lease terms and without additional costs and approved urban planning documentation.
Also, in agreement with the Ministry of Agrarian Policy , legal aspects were regulated for the preparation by certified engineers (land surveyors / geodesists) who have special permission for such work, land management documentation, topographic, geodetic and cartographic works, land assessments; and suspend and restore the work of the State Land cadastre, as well as to establish restrictions on the powers of state cadastral registrars.

June 10 The Cabinet of Ministers published information on supporting the bill regarding the reform of the rules for customs clearance of vehicles through the App Diya .
This reform will be able to eliminate all sorts of corruption schemes in the customs industry. According to Mikhail Fedorov, the assessment of the cost of vehicles will no longer depend on the subjective assessment of the customs officer, since he will no longer participate in the process of transport assessment. The person who clears the car through customs enters all the information about the transport into the Diya application , after which he will be able to pay for this service in the same application. Customs clearance in the App Diya will enable you to register vehicles without unnecessary formalities.
Along with this reform, the government considered draft law No. 7448 on changes to the Tax Code regarding the taxation of passenger vehicles. The aim of the project is to create a special mechanism for customs clearance and registration of vehicles in Ukraine. According to the explanatory note to this draft law, it will help simplify the procedure for importing inexpensive vehicles into the customs territory of Ukraine, as well as regulate the issues of their availability for Ukrainian citizens. (for example, registration in Ukraine of a used car with an engine displacement of 2,000 cm3, worth 3,000 euros, according to the bill, will cost the owner from 400 to 500 euros, depending on the type of engine).

On June 17, Law No. 2179-IX on amendments to the Functioning of the National Qualifications System came into force.
Law introduced a number of changes to the legislation of Ukraine, in particular to the Labor Code, the laws of Ukraine "On wages" , "On education" and "On employment", regarding the following:
·       the terms full and partial professional qualifications define the competence to perform labor functions in full or in part, in accordance with the professional standard;
·       requirements for the competence, duties and qualifications of employees are determined by professional standards, in the absence of standards, such requirements are applied by qualification characteristics;
·       the list of jobs that do not require a person to have a professional or partial professional qualification is approved by the Cabinet of Ministers of Ukraine on the proposal of the National Qualifications Agency;
·       the creation and maintenance of a public Register of occupations (professions) and qualifications is carried out by the National Qualifications Agency;
·       standards can be developed and approved by employers, their organizations and associations, public authorities, scientific institutions, industry councils, public associations and other interested parties;
·       remuneration system is formed at the expense of the tariff system, which includes a tariff scale (salary scheme), which is formed on the basis of the tariff rate - the minimum official salary established by the Cabinet of Ministers of Ukraine.

On June 23, the decision of  27 leaders EU member states to grant the status of a candidate to Ukraine for membership in the European Union.
Back in February of 28th, on the fifth day of Rusia's open aggression, Ukraine applied for membership in the European Union. The European Parliament announced the requirements for fulfilling the conditions regarding the adoption of certain reforms at the legislative level to recognize the European perspective of Ukraine.
Discussion of journalists of the editoring “European Truth”: What can EU membership give for Ukraine?

On June 24, the Cabinet of Ministers adopted Resolution No. 722 on permitting and registration procedures in construction under martial law.
The Decree provides for the simplification of the provision, receipt of permits and registration procedures in construction during martial law and within one year from the date of its termination or cancellation, in particular:
·        the development and uploading of a scheme of intentions for the development of a land plot, the construction of structures not higher than 2 floors into the Unified State Electronic System in the field of construction (USESC) by a certified design engineer can take place without a building passport or the intended purpose of the land plot;
·       project documentation is submitted by the customer for approval by the body for the protection of cultural heritage through the USESC, which must consider it and respond to approval or justified refusal within 30 days;
·       conducting a control geodetic survey before the commissioning of a completed construction object is not carried out during the restoration, overhaul of a house, building, structure, which, after the object is accepted for operation, are independent real estate objects.
On June 29, Resolution No. 719 of the Cabinet of Ministers of Ukraine came into force on changes in state registration and access to the Unified State Register (USR) under martial law.
Among the changes introduced by the Decree of the Cabinet of Ministers, the following can be distinguished:
1.     state registration of real estate will be carried out on the principle of extraterritoriality, under martial law;
2.     the restriction of state registration on the basis of documents certified by the primary notary is canceled (except for cases when applications / documents are submitted by the Ministry of Justice), such registration can be carried out by another notary in compliance with the rules of territoriality;
3.     registration of ownership of real estate is prohibited before the expiration of 1 month from the date of preliminary state registration of rights to such property, if the acquisition was carried out on the basis of a sale and purchase agreement or in connection with the transfer of property to the authorized capital of a legal entity as a contribution or in connection with the withdrawal of participants in a legal entity;
4.     the term for accepting an inheritance or refusing to accept (opening an inheritance case), is initiated at the request of the applicant by any notary of Ukraine, regardless of the place of opening of the inheritance, stops for the duration of martial law, but not more than four months. The certificate of the right to inheritance is issued to the heirs after the expiration of the period for accepting the inheritance;
5.     the possibility of notarization of agreements on the alienation of real estate, securities, corporate rights, mortgages, on satisfaction of the requirements of the mortgagee, the establishment of trust ownership of real estate (including agreements on amending such agreements or their termination (termination), as well as notarization the authenticity of the signature on the acts of acceptance and transfer of a share in the authorized capital of a legal entity, which are concluded (signed) on behalf of an individual - an alienator (mortgagor, trust founder) on the basis of a power of attorney:
·       if one month (two months) has not expired from the date of conclusion (signing) of the relevant agreement (act);
·       if more than the above period has elapsed from the date of certification of the power of attorney to the day of conclusion (signing) of the relevant agreement (act), subject to the receipt by the notary of the application of the principal confirming the validity of the power of attorney, the authenticity of the signature on which is certified by a notary (not earlier than seven calendar days) before the day of conclusion (signing) of the relevant agreement (act);
also if such a power of attorney is certified by a notary public without using special forms of notarial documents - upon its registration in the Unified State Register of powers of attorney with entering into it information about the availability of authority necessary for the representative to conclude (sign) the relevant agreement (act);
6.     it is forbidden to make by notaries notarial acts, in the territories of which access to the USR has been terminated, except for:
·       certification of powers of attorney for the right to dispose of funds in accounts of banks and non-banking financial institutions (provided on special forms of notarial documents) and other powers of attorney, which, according to the specified resolution, can be set out on white sheets of paper;
·       certification of the authenticity of the signature on the application for permission to temporarily leave the child abroad (performed without the use of special forms of notarial documents);
·       certification of the accuracy of copies of documents;
·       other notarial acts that, according to the law, can be performed without the use of special forms of notarial documents;

July 1 Law No. 2325-IX on amendments to the Tax Code of Ukraine came into force.
The bill provides for the resumption of taxation, which was abolished by Law No. 2142-IX , in particular:
·       resumed VAT and excise tax for the import operations of vehicles by individuals;
·       resumed VAT for the import operations of goods by business entities, UT payers of the first, second and third groups;
·       established that cars equipped exclusively with electric motors are not subject to collection for compulsory state pension insurance. The Ministry of Internal Affairs noted that this rule does not apply to hybrid cars.